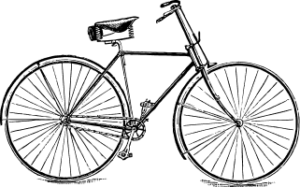 The De Rust WaterWise Ways project is showing the way.

A pilot project in the small rural town of De Rust has shown that a constructed wetland system and wastewater reuse can improve the health of a catchment system and convert wastewater into a useful resource.

The WaterWise Ways Project of the Gouritz Cluster Biosphere Reserve (GCBR) has several components, but the De Rust Wetlands project (pictured) is the most ambitious. The project has proved that a constructed wetland can “scrub” municipal sewage water, reduce polluted run-off in a catchment area and convert wastewater into a useful resource. The wetland and its adjoining tree nursery are maintained through the project, with the Oudtshoorn Municipality assisting with water testing.

The GCBR is a voluntary citizens’ initiative dedicated to conservation and socio-economic development. The Gouritz Cluster Biosphere Reserve is officially designated by UNESCO and is South Africa’s largest biosphere reserve. Other parts of the WaterWise Ways project include a “Township war on leaks” and a system of community monitors working in the nearby town of Dysselsdorp.

The small river that feeds the De Rust wetland runs off the Swartberg Mountains and feeds into the Olifants River.

The Breede-Gouritz Catchment Management Agency (BGCMA) is one of nine regional bodies which protects, develops, conserves, manages and controls water resources across South Africa. It is responsible for the catchment area of the Gouritz River and its major tributaries (the Gamka, Groot and Olifants) as well as the catchments of the smaller coastal rivers, the Breede River, which discharges into the Indian Ocean, and the catchments of the smaller coastal rivers such as the Palmiet and Bot rivers. The Breede River’s main tributary is the Riviersonderend River.

The BGCMA oversees the certification of water usage through Water Use Validation and Verification certificates. The body has recently had to play a role in drought mitigation measures, particularly in the dry interior.

The Berg River-Voëlvlei Augmentation Scheme, finally approved at national level in November 2019, will pump water out of the Berg River in winter, having first allowed for enough water to cover the ecological water requirements of the river and the estuary.

A Water Stewardship programme has been introduced in the Breede River catchment area. WWF-South Africa, Woolworths and Marks & Spencer are collaborating on a scheme encouraging stone fruit farmers to put in place systems that reduce risk to water supply and quality.

WWF-SA’s also has a Water Balance Programme which works to increase the amount of clean water coming into the environment. Woolworths’ contribution to this plan involves getting rid of alien vegetation on the farm where it sources its wines (Paul Cluver Wines) and in the Leeu River catchment area.

The introduction by the National Department of Water and Sanitation (DWS)and the Water Institute of South Africa (WISA) of the Blue and Green Drop Awards has been successful. The nation’s municipalities receive scores reflecting how well they are doing in terms of providing clean water.

In order to win a Drop Award (Blue for water quality, Green for waste treatment), water systems have to score 95% or higher. The DWS has allocated R4.3-billion to helping municipalities deliver water. The Interim Water Supply Programme concentrates on 23 district municipalities.

Although the Western Cape’s municipalities are among the country’s best in terms of providing and maintaining infrastructure, Overstrand Local Municipality has outsourced the management of its water and wastewater infrastructure. In 2019 the municipality, which is headquarted in the coastal town of Hermanus, signed a 15-year contract with Veolia Water Solutions & Technologies South Africa to look after its six wastewater treatment plants and nine water facilities. Other infrastructure includes 44 reservoirs, 123km of pipelines and 55 water and wastewater pump stations.

The Western Cape Provincial Government has introduced a Smart Agri plan to coordinate efforts to tackle the effects of climate change on agriculture. Developed by two provincial departments (Agriculture and Environmental Affairs and Development Planning), the African Climate and Development Initiative of the University of Cape Town and several private sector participants, SmartAgri has six priorities:

The wall of the Clanwilliam Dam is to be raised, doubling the capacity of the dam and bringing an additional 5 000ha of land under irrigation. After a lengthy delay, the project is now expected to be completed in 2023. The 13-metre addition will cost R2.5-billion and could support high-value crops for export such as citrus and table grapes. The land could also form part of the land reform programme.

The Western Cape Provincial Government has given the national government notice with respect to another wall-raising project that has stalled. If the feeder canal of the Brandvlei Dam were to be raised by just 30cm, it would significantly increase the dam’s storage capacity and improve the prospects of farmers in the area.

When the long-term drought was at its worst, tourists to Cape Town were encouraged to “Save like a Local”. Together with a range of technical and legislative measures, the campaign to get Capetonians and their guests to use less water worked remarkably well.

Where the residents and businesses of the city were using 1.2-billion litres-per-day in 2015, by the middle of 2018 the figure was 516-million litres. While the taps were not literally turned off (the dreaded “Day Zero” was averted), pressure in the pipes was drastically reduced. The International Water Association’s Water Loss Conference in Cape Town in May 2018 reported that two of the world’s largest advanced pressure control systems are operating in Cape Town.

Restrictions on water use were introduced (car washing was outlawed completely, for example) and shopping centres introduced waterless sanitation. Cape Town’s hinterland thankfully experienced good winter rains but the town of Beaufort West in the Karoo continues to face a real crisis.

In 2017 Cape Town hosted Water Desalination Symposium Africa, further evidence that relying on rain to ensure reliable supply in the future is not being contemplated.

Old Mutual’s large campus in Cape Town is off the water grid. Since 2018, a waste-water filtration plant has been harvesting 650 cubic litres of drinkable water for staff members on the Pinelands site. It is estimated that the City of Cape Town will be able to save up to 15 000kl of water in the course of a month by not having to provide water for the 9 000 people who populate the campus.

The Western Cape Department of Economic Development and Tourism (DEDAT) announced that investment into the Green Economy reached R1.2-billion in 2017/18. DEDAT also works on long-term water resilience with various stakeholders through an “Economic Water Security Workstream”.

Other steps to secure future water supply include the expenditure of R5.9-billion over five years by the City of Cape Town on desalination projects, aquifer extraction and water reuse. The National Department of Water and Sanitation is supposed to be responsible for bulk water supply, but the local authority has had to step in.

To find the money to deal with the drought and the longer-term effects of climate change, the City of Cape Town issued a green bond for the first time in 2017. It was over-subscribed and allowed the city to get started on implementing its Climate Change Strategy.

Some of the long-term projects falling under the strategy include new electric buses, energy efficiency measures in city buildings, improved sewerage plants and the rehabilitation and protection of coastal structures.