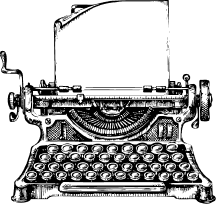 I offer my services as a writer of non-fiction books, articles and reports.

I have extensive experience of writing. My writing has been published in many genres. These include: business and investment, the green economy, renewable energy, history, travel, food, politics, publishing, education and sport.

I am available to write

My credentials as a writer

I have been writing full-time since 1997.

In the business field, I am responsible for the content of nine provincial annual journals for about a decade.

Most of these have been annual business publications such as Gauteng Companies 2013 (ISSN 1990-6021) and others in the series such Western Cape Business and South African Business.
There have also been history books and educational textbooks. See Publications for a fuller description of each book title.

As a freelance writer, I have written articles on a very wide range of subjects.

In my time as a business writer, I also gained some experience in writing articles for a corporate client.

The book tells three remarkable stories. How local activist Mike Msizi persuaded clean energy company Cennergi to build a windfarm on his family’s ancestral land. He had seen wind turbines in action while in exile in Denmark and employed his entrepreneurial mindset to set in motion a vast project that will change the lives of the Mfengu people who live on the Tsitsikamma coastal plain.

Just Imagine also tells the fascinating and little-known story of how the Tsitsikamma Mfengu came to live where they do in the Lower Tsitsikamma. They gained the land under colonialism, lost it under apartheid and gained it again just before the democratic era. It is a story of perseverance and courage in the face of adversity.

Mike tragically did not live to see the wind farm operating, so the book is a tribute to him. In telling the three stories, Just Imagine shines a spotlight on traumatic aspects of South Africa’s past, but also shows that South Africans are capable of achieving great things when hard work is applied to ambitious dreams.

Books on the history of Grey High School, the Cape Town suburb of Observatory, Langa Cricket Club and Juta & Company, the publishing house, were written between 1997 and 2007. The Juta manuscript was accepted but the book is still to be published.

In the period after 2010 I was involved in textbook writing with Maskew Miller Longman and Pearson. I wrote the Teachers’ Guide for Grade 4 History and Geography and was the co-author of English Home Language Grade 11 X-Kit Achieve! and a Grade 12 book of exam scripts and memoranda.

I taught English and History for 14 years and was the headmaster and director of a night school for adults for 12 years.

As editor-in-chief of Global Africa Network’s suite of regional and national business journals I write and research about South African business on a daily basis.

There are nine regional journals, for example Western Cape Business, and an annual South African Business.

Between 2008 and 2013 I wrote for these journals and since 2016 I have been editor-in-chief. Every economic sector, including energy, has been covered in my writing.

Research for these books has given me a very good understanding of the details of economic development in every region in South Africa.

In addition to these regular overviews, every publication carried two or more Special Features which I wrote.

A small selection of topics include:

For the website www.frontiermarketnetwork.com (the successor to GAN), I wrote feature-length articles on a wide variety of topics including African infrastructure, African trade finance, the concept of the aerotropolis, the renewable energy industry and conducted interviews with Spanish Consul-General and Danish and Swedish investors and investment bodies.

TradeInvest Lagos. A guide to business and investment in Lagos State (Project manager, editor and principal author, Africa Investment Publishing Ltd) in 2008 was followed by TradeInvest Nigeria and TradeInvest Kwara, another state in Nigeria.

While working for Global Africa Network, I wrote articles for Transnet Engineering for inclusion in publications such as Eastern Cape Business. The pages were branded with the TE logo. I visited workshops in Cape Town, Uitenhage and Durban, conducted interviews and wrote up my experiences.

I specialise in the writing of biographies. In 2016 I was awarded the John Kannemeyer Biography of the Year Award by the South African Independent Publishers’ Association for Just Imagine, …

I am a qualified and experienced researcher and I would be glad to consider research in any field. My own training and history is largely in history (mostly South African, …